In Modern Man in Search of a Soul, Carl Jung implores therapists to actively confront their own psychic forces in order to effectively treat patients:

The fourth stage of analytical psychology, then, demands not only the transformation of the patient, but also the counterapplication to himself by the doctor of the system which he prescribes in any given case. And in dealing with himself the doctor must display as much relentlessness, consistency and perseverance as in dealing with his patients. To work upon himself with an equal concentration is truly no small achievement; for he brings to bear all the attentiveness and critical judgement he can summon in showing his patients their mistaken paths, their false conclusions and infantile subterfuges.

No one pays the doctor for his introspective efforts; and moreover, we are generally not interested enough in ourselves. Again, we so commonly undervalue the deeper aspects of the human psyche that we hold self-examination or preoccupation with ourselves to be almost morbid. We evidently suspect ourselves of harbouring rather unwholesome things all too reminiscent of a sick-room. The physician must overcome these resistances in himself, for who can educate others while himself uneducated? Who can enlighten his fellows while still in the dark about himself, and who can purify if he is himself unclean?

The step from educating others to self-education is demanded of the doctor in the stage of transformation. It is the corollary of the demand that the patient transform himself and thus complete the earlier stages of the treatment. This challenge to the doctor to transform himself in order to effect a change in the patient meets with scant popular approval, for three reasons. First of all it seems unpractical; secondly, there is a prejudice against being occupied with ourselves; and thirdly, it is sometimes very painful to make ourselves live up to everything that we expect of the patient. This last is the strongest reason for the unpopularity of the demand that the doctor examine himself; for if he conscientiously “doctors” himself he will soon discover things in his nature which are completely opposed to normalization, or which continue to haunt him in the most disturbing way in spite of exhaustive explanations and thorough abreaction. What will he do about these things?

He always knows what the patient should do about them—it is his professional duty to do so. But what will he in all sincerity do about them when they involve himself or perhaps those who stand nearest to him? If he examines himself he will discover some inferior side which brings him dangerously near to his patient and perhaps even blights his authority. How will he handle this tormenting discovery? This somewhat “neurotic” question will touch him on the quick, no matter how normal he deems himself to be. He will also discover that the ultimate questions which oppress him as well as his patients cannot be solved by any amount of “treatment.” He will let them see that to expect solutions from others is a way of remaining childish; and he will see for himself that, if no solutions can be found, these questions must only be repressed again.

I will not discuss further the matter of self-examination and the many problems it raises, because the great obscurity which still surrounds our study of the psyche allows of little interest in them. I would rather emphasize what has already been said: that the newest developments of analytical psychology confront us with the imponderable elements of human personality; that we have learned to place in the foreground the personality of the doctor himself as a curative or harmful factor; and that we have begun to demand his own transformation—the self-education of the educator. Everything that happened to the patient must now happen to the doctor, and he must pass through the stages of confession, explanation and education so that his personality will not react unfavourably on the patient. The physician may no longer slip out of his own difficulties by treating the difficulties of others. He will remember that a man who suffers from a running abscess is not fit to perform a surgical operation.

Just as the discovery of the unconscious shadow-side once forced the school of Freud to deal even with questions of religion, so the latest advance of analytical psychology makes an unavoidable problem of the doctor’s ethical attitude. The self criticism and self-examination demanded of him radically alter our view of the human psyche. This cannot be grasped from the standpoint of natural science it is not only the sufferer but the physician as well; not only the object but also the subject; not only a function of the brain, but the sine qua non of consciousness itself.

Excerpt from the C.G. Jung ebook, Modern Man in Search of a Soul 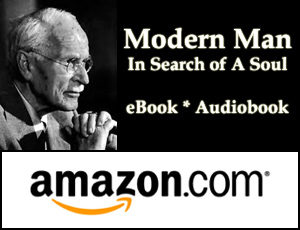